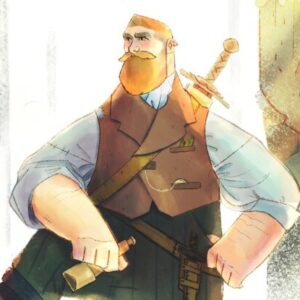 So much is going on behind the scenes at Ackerly Green and I’ve meant to send updates here and there but I’m still getting the hang of being a blogger, publisher, and interim business owner. But A lot has gone on lately and so this is going to be a pretty chubby update.

Big awful, but also awesome news:
We’re moving the publish date of The Monarch Papers volumes 1 & 2 by a month to July 3rd. Martin had some personal stuff come up so we fell a little behind on our manuscript/editing timeline. (NOTE: I’m collecting and organizing everything from the forum, blogs, etc. while Martin is connecting it all through his personal record of what happened over the past year and a half.) But pushing the date is all happy because A) it gives Martin and me a chance to really fine tune the draft, and also allows us more time for an ARC (Advance Reader Copy) beta read from June to July. So, yeah, we’re pushing the date, but most of you won’t be affected because you’ll probably be in the beta!

Also, you may have lots of questions about the books. If you do, comment and I’ll respond when I can.

Did you know Deirdre was the one who decided to call the books The Monarch Papers, in honor of her father and his journals? TYL.

The Book of Briars

That’s apparently the day that The Book of Briars will be released. Dev and I created a public calendar for Ackerly Green (which will be on the site soon and the app now!) and Dev texted me a few days ago to ask if I’d put an event for The Book of Briars in the calendar for September 3rd, 2018. No. No I hadn’t. 🙂 Does that smiley’s eyes look completely fearful and overloaded with stress? Cause my actual ones do!

No clue where the calendar event came from or why September 3rd, but there you go. At this point I’m assuming we’ll all get to read it together for the first time. Assuming it’s a real book that we can read. It could be a cookbook for all I know.

The Forest of Darkening Glass

It took months to track a copy down but we did, in Bangladesh. It was coverless and missing its front matter but Orvin helped ensure we had legal clearance to republish it, since we weren’t positive AGP published it in the first place. Basically, we’re going to beg forgiveness since we don’t know who we’d ask for permission. We’re soliciting cover designers now, I just wish we knew what the original cover looked like so we could repurpose/recreate it.

The Guide to MAGIQ

We’re going to start fulfilling those orders this month!

The app is now live and available today!

We’re still rolling out some things like the Sign In feature among others, but I wanted to get it in your hands as soon as possible. With it you’ll be able to read the AG Further Tales blog, comment at the forum, watch Youtube videos, and download guild wallpaper!

And we’ll be rolling out content every week leading up to the Ackerly Green eReader debuting in the summer!

And if you don’t mind allowing notifications, you might get early access to lots of planned goodies as well as important (but not frequent) company announcements…

But— alright. The office of Ackerly Green Publishing, meaning, the actual office…

I’d planned on checking in last week regarding some wacky stuff that’s been happening at the office downtown, but then something happened on Friday that eclipsed everything else that’s happened. I’d mentioned the weird sounds in another blog post: talking, pages turning, pages tearing, old phones ringing, the feeling of someone brushing past me when I’m the only one there, even the clacking of typewriters…

Dev and I have basically agreed (but could be completely wrong) that the new offices of Ackerly Green feel like they’re being haunted by the old offices of Ackerly Green. I mean, I guess we could be haunted by some old insurance company or whatever was here in our little office a hundred years ago (it’s an old building) but what’s the fun in that? So we’re, you know, trusting in the flow of magiq and running with it.

But late Friday afternoon I got a call on my cell (I was up in the country for the weekend with the fam) by building management that there had been a bunch of noise complaints made by our office neighbors. And neighbors below and above us. A neighbor said it sounded like someone was having a knockdown, drag out fight in the AGP office and I needed to do something about it.

After calling Dev to make sure he wasn’t there, I drove the two hours down to the city to try and figure out what was happening. I could hear the yelling and the smashing of things from the floor’s lobby, but when I got to the office door, it got quiet. I unlocked the door, opened it, and just as I was about to turn on the light, I saw someone, standing in the dark, staring back at me.

I flipped on the overhead light. And he was gone.

I couldn’t even say what he looked like. He had a mustache and maybe a short beard or unshaven stubble? His hair wasn’t long but it was kind of disheveled and hanging in his face so I couldn’t really see much else.

The other thing is…

All that yelling, all that smashing and breaking that went on for hours…

There wasn’t a single thing in the office out of place.

So… today’s my first day back in the office since Friday. 🙂  I asked Dev to work from home today. So far, no ghost. But yeah.

So, I have to admit that I’m super aware that I’m kind of a Mountaineer outsider. Which is not to say that you all haven’t been really welcoming given the weird circumstances, but I didn’t (directly) help unlock the book, I didn’t help bring down Kemetic Solutions or The Storm… hell I still can’t even get to Neithernor…

I understand that I’m a weird, new element, and I also have my own feelings of not really belonging anywhere, which probably has a lot to do with having years of my life missing. Years where I made amazing friends, learned incredible things… the fallout of losing all of that changed who I am forever. I don’t know who Saberlane would’ve been. What he could have discovered or accomplished. I only know who CJ Bernstein is in the aftermath of losing what made him Saberlane. I’m a writer, a husband, a father. I have a great life. But also… there’s this lost narrative, and sometimes I can’t help but feel like I’m living someone else’s story.

All that to say, being haunted by an old office staff or some angry ghost is stupidly creepy and confusing, but also… kind of awesome? I mean this, combined with managing AGP for Deirdre, kind of makes me feel like I’m finally discovering the narrative of my life that I lost. I can’t get that back. And I don’t want it back.

But, I want something.
Not in lieu of the mundane. But in addition to it.

PrevPreviousThe Making of The Monarch Papers – Episode Six
NextThe Secret Society: “I looked across the cold and silver swirling sea.”Next