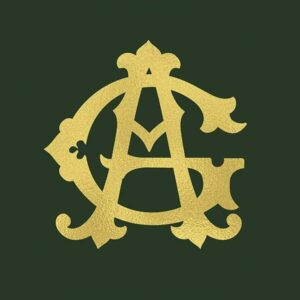 The Making of The Monarch Papers – Episode Seven

In this week’s episode, CJ and Simon discussed Fragment Seven: Furomaris. Behind the scenes, this fragment was called the ‘triptych fragment’. This was because there were clues embedded in Sullivan’s journal, in triptych format, explaining the complex means through which he protected Deirdre. Soon afterwards, The Mountaineers were led, via hints from Sullivan and Lauren, to solve a geographic puzzle, involving UTM location codes and classic works of literature, such as A Study in Scarlet and The Red Badge of Courage, and eventually leading them to The Morgan Library in New York, where a previously lost Ackerly Green book (Seven Cradle Songs) was said to be.

CJ recalled how this was one of the more difficult puzzles for The Mountaineers to complete. Though attempts were made to make the puzzles as logical as possible, certain roadblocks had to be inserted. Otherwise, readers would be able to solve the puzzle too quickly, once the system of logic was unraveled. CJ originally planned the part of the puzzle involving Cole going to The Morgan Library to be a live video event, though he realized a week beforehand that no video or photography was allowed in the library. But, as CJ said, “necessity is the mother of invention,” and by doing the puzzle live through the forum, it was carried out very successfully. As Simon put it, this made the live events more successful—it now depended more on imagination than on trivial circumstances of the real world. Henceforth, this is how all live events in The Monarch Papers were carried out.

CJ noted that there was a piece of the puzzle that The Mountaineers never found, but the ending of the puzzle had to go forward regardless, because a hard date for The Cagliostro’s performance had already been set. This ended up being for the best, though, because CJ, Simon, and Jonny were all severely exhausted and overworked, by this point in The Monarch Papers. This also resulted in Cole having a direct confrontation with Lauren, and Lauren setting the library on fire. This wouldn’t have happened, if the Mountaineers had solved the puzzle. This is an excellent of example of how The Monarch Papers responded to the readers’ actions on the fly. The readers seemed generally concerned for the safety of the characters, during this time, and this was another major victory for the realism of the Magiqverse.

The relationship between Deirdre and Cole also became more involved in the interactive part of the story, and strengthened interest in their respective characters. Before this, there were no concrete plans for their romantic relationship to flourish. Also revealed at this time was the fact that Cole was trans, though this had been planned in advance, so that it would feel more realistic, a genuine part of his character, and not simply an artificially-inserted plot twist. CJ and Simon were strongly moved by the reader reaction to this revelation. Many trans and non-binary readers strongly identified with and looked up to Cole, in the fragments that followed.

CJ and Simon reflected on the welcome surprise of Lauren’s growth of a character, and how this was largely based on a last-minute decision. Originally, it was planned that Lauren would die, and while she did in one sense, she did not with the originally intended sense of finality. One other possibility was that Cole would be kidnapped by The Silver, and disappear afterwards, for an extended period of time.