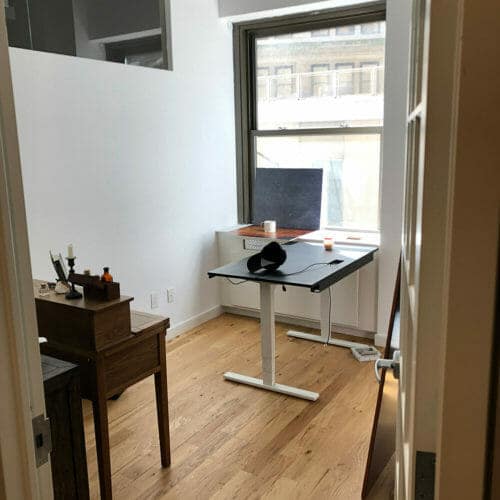 So, while I was gone, the company we’re renting office space from decided that they needed our current space for their own employees. The good news is we now have a slightly bigger office and a window. The bad news is basically everything else. I was freaking out that we were maybe going to somehow lose Woolie or this connection to the other AGP.

We finally moved into the new office and hadn’t heard anything for about a week and a half, until this morning. Catherine wasn’t in the office yet, but Woolie came back and he was fragmented, and fading, whereas before he had become more… corporeal before? Now he was back to the way he was when he first showed up. Whatever seems to be happening with the Instagram account and the sounds in the office also seems to be happening to Woolie. Like we’re losing our connection to him, or his connection to us. He was originally drawn to the office because he said there was some kind of light in it. Maybe that light’s disappearing. Like magiq?

He was talking but I could only hear about a quarter of it. He was telling me about his first steps into Neithernor. He said he was welcomed with open arms by these people who had taken these ancient ruins and turned them into beautiful homes for the six guilds that he’d come to learn about, almost like club houses. Rotting wood and crumbling stone had been covered with tapestries, cloths, and furniture, and there were tents set up all over the place. It was like these grown-ups were living some wonderful childlike adventure. He saw people going and coming through doors to our world, people learning magic, people sitting around campfires, telling stories, detailing adventures they had in this world. He met groups of people gathered under massive trees reading old books and parchments, working together to try and learn unknown languages and decipher strange codes. He said he finally felt like he was home. I’m not positive, and it may be because I’m biased, but I think he said he was an Ebenguard. How he describes Neithernor, and the new houses, the path of wool, all sounded extraordinary. I have no idea why I can’t knock in but maybe it’s just not my thing, yeah? Anyway, I’ve been pretty preoccupied.

After about ten minutes he disappeared mid-sentence and didn’t come back. I stayed until the early hours of the morning just in case, and just when I was about to leave, on the chalkboard, I found one phrase, written in what I assume is his handwriting…

That was it. It doesn’t seem like it’s a lot to go on. I mean, what the hell is happening? The Book of Briars has been inexplicably delayed, whatever connection we had to the other Ackerly Green and Woolie seems to be dissolving. Any ideas what we should do?

As for the AG package, no word yet from China but I’ve been following up regularly. I’ll let you know as soon as I know something.