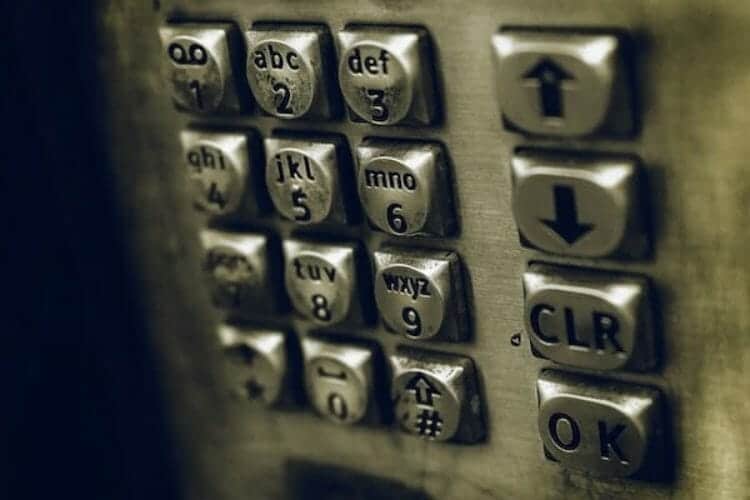 So, I assume it goes without saying that I’ve worn my Herman pin every day since this all started. But Catherine found the last Woolie “clue” I haven’t felt the pull since I broke into what I assume was the Ackerly Green Bookshop where our “A.G” worked.

No pull until yesterday morning. I made the 10-block walk to my barber, and since I’d done it so many times, I wasn’t really paying attention. I passed a brick apartment building that had one of those old call boxes on the outside by the door. The kind with handwritten last names, apartment numbers, and a key pad to ring whoever you’re looking for? The kind that gives off that really grating BUZZZZZZZZ when the person you called unlocks the door? Is that only NYC?

Anyway, I passed the building, heard the BUZZ, which is pretty much background noise in the city, but I happened to look anyway, and there was no one trying to buzz in, butI honestly didn’t pay any attention to it. Until I was walking back post haircut (and beard trim.)

And I heard the door buzz again, with the telltale CLICK of the old metal door electronically unlocking. And the creepiest part: When the door buzzed and unlocked, an automated voice on the old crunchy speaker said “You’ve been granted entry. Please enter.”

As you know, I have literally broken the hinges off a cellar door in the middle of Manhattan in recent months, so walking into an apartment building where I don’t technically belong is basically child’s play.

I didn’t break into anyone’s apartment, let me get that out of the way (though I wasn’t 100% opposed to it.) But I did find myself drawn to the window at the end of the third-floor hallway. It looked down on an old courtyard that had probably been forgotten as buildings went up around it over the past hundred years. The hall was cold, but the space around the window was cozy, warmed by the old hissing radiator underneath it.

I was about to head downstairs and try to find a way into the overgrown courtyard, but I “felt” like I wasn’t ready to leave the window. So I started looking over the entire area, sure I was being drawn to it. Eventually, I found a little piece of card stock that had been folded up a few times and wedged between the two parts of the sliding window. It took a couple minutes but I managed to pull it out, and the window started rattling from the wind outside (I guess that’s why someone put the card there in the first place, who knows when…)

The card had a phone number. And the only reason I’m not sharing it yet, is because A) I already called several times, no one answered, and it went to voicemail with no message, where I left a non-casual message about hoping to get a call back, and B) I don’t want to spam whoever this is. Not yet anyway.

I was halfway home before I thought to check my phone, and sure enough, I’d gotten a notification from the app. It read “A light that both blinded me and made me whole.”

I’ve been waiting at the office ever since. Like, sleeping bag waiting. I’ll admit, I haven’t heard a peep from Woolie or the other Ackerly Green in months. I even kept paying for the old office on the other end of the floor because I was worried we’d messed something up by moving. But no sounds there either.

I hope we aren’t too late.