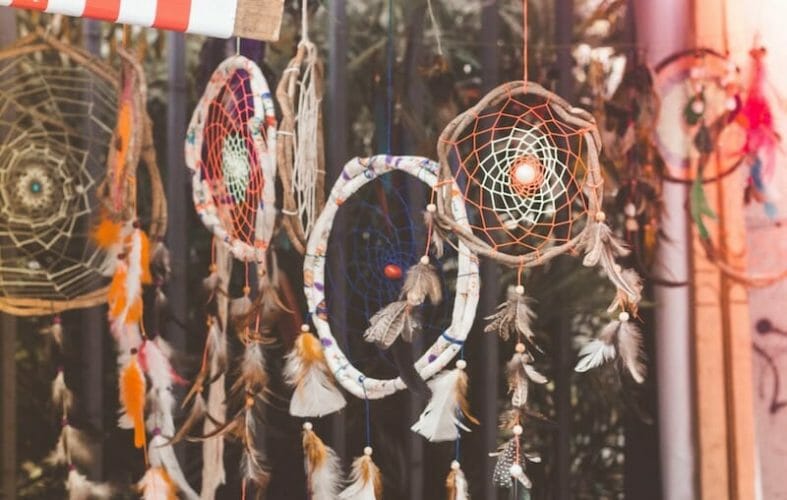 The Secret Society – The Dreamer

So I didn’t want to say anything at first, but I’ve been having weird dreams. Like WEIRD dreams. Vivid, weird, and in them, I’m not me. The thing is, I’ve been having them ever since Woolie was last in the office and I tried to console him. When I fell asleep beside him, and he disappeared.

I don’t know how ghosts work, but…

Backing up, I keep a dream journal. I have ever since I lost a chunk of my memories way back in the 90s (you know the story, blah blah blah, living storm, magic coin, etc.) I figured back then that maybe I couldn’t remember things, but sometimes memories become part of dreams, and if I kept track of them, maybe I could put some of those pieces together. That never really happened (well, sort of, but that’s another story) but I kept the habit, and I have tons of journals full of dreams. From detailed accounts to sketches, to single phrases, or even individual words… I don’t ever really go back and read them; it’s just become a habit. If I remember something when I wake up from a dream, I write it down.

The thing is, since Woolie disappeared, I’ve been having dreams that feel like they’re through his eyes. Not necessarily like he’s showing me things, but more like he’s dreaming inside me, and I’m along for the ride, but I can’t remember the details for longer than a couple of seconds when I wake up, so there hasn’t been a point in pulling out my journal. I can’t remember anything to write down. I know the dreams don’t… feel like they’re mine. They’re his, or someone’s, and I’m mentally piggybacking.

My family says I’m not myself lately. I’m distracted, in a sort of mental fog, and I have this constant feeling of what I can only describe as a mix of longing and dread. Like I’m not doing something I’m supposed to, but also fear it. And that’s how the dreams feel too. Also, I find myself replaying the City Hall station footage over and over and trying to figure out if the weird sounds and lights mean something or if it’s just noise. I can’t get it out of my head.

I mean, you know that picture of me that I didn’t take? What is that in my hand?

Anyway, last night I decided to pull out my dream journal and a pen and went to sleep with them in my hands. Thinking, if I’m not myself, then maybe I’m someone else right now. Or at least someone is visiting. I might not remember the dreams, but maybe Woolie does? And maybe he can write something down that would help?

I know. I’ve gone off the rails. But come on, we’ve experienced weirder. And also, you know probably know where this is going.

I wouldn’t go so far as to say I’m possessed, but part of whatever’s left of Woolie has taken up residence in my head and I’m feeling his feels and dreaming his dreams. And this morning a ghost wrote his dream down, through my hands, into my dream journal.

You know, like you do on Sunday. This is Woolie’s nightmare.

“My memories are lies. As I fall to pieces, the lies fall away as well.

The man we saved from the boat, the one who began me on the path to Neithernor, he did not lead me down the path of wool like my memories tell me. I can see that now. He set me on a journey to the island across the great sea. To those who called themselves the Silver. That is how I first found Neithernor. I learned of the other houses from them, yearned for their community and sense of wonder. I never felt like I belonged with the Silver and in time they became suspicious of me and rejected me.

They made me forget them and set me back into the world with only an inkling, a need, to return to a place I couldn’t remember. And that’s how I found Neithernor a second time, though until these dreams I believed it was my first. That is how I joined All Ebgorad, how I found my Molly there on that shore that looked onto the sea that stretched between the Silver and us. How I found my home and heart.

In time, when a meeting was to be held on that same shore, a parley for peace that would begin on Assembler’s Day, I fought, despite my inexperience, to be on that night. To be the first sight. And Molly fought for me to have the honor, the responsibility. But it was not me who asked to be the first sight. It was the Silver. It had all been their plan. They sowed a seed in my mind before sending me back to the mundane world. A seed that would grow into a need for me to return as one of the six guilds, and to ignore their seabound betrayal until it was too late to stop them. The Silver lied, lied to us all, but it was I who was the betrayer.

When I saw them approach, their blood-black sails raised, the wave tall enough to wash us all away, I did not warn my kin, my family. My Molly. I watched, unable to speak. The seed they had planted in me had grown into a choking vine, and there I died in silence, beneath the waves, forsaking all I ever wanted. All I ever loved.

My every waking thought has been about returning to Neithernor to find my Molly’s spirit and hold her again. But I don’t deserve her. I don’t deserve the world I handed to our enemy.”

That was the end of what he wrote. But, sitting there with the journal in the dark, I was thinking about A.G.’s journal and how she said it helped her work through things.

I felt compelled to keep writing, for her. For Woolie. For everything they’ve sacrificed, and honestly, this could be nonsense, or it could be clues…

Fall below the five waterfalls and trade a whip-crack for whiskey.
In her city of the dukes, find the fifteen creatures standing guard.
Coyotes drink in the place of wells where the black stars lie.
The father of gazelles hides a phantasmic collection in a minuscule place.
The proclamation tree casts shadows on the heads of the beautiful island.
A war of knives in a city of light follows a path to a star.