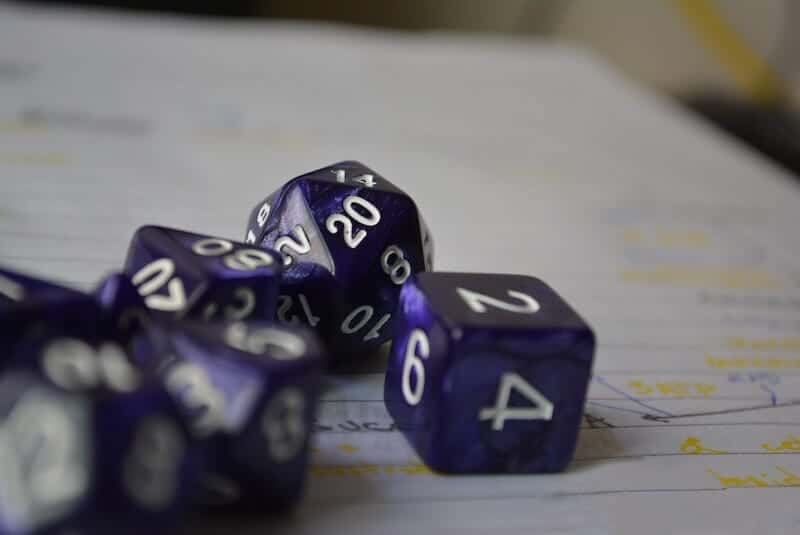 We discussed Aspects in the last NN:RPG post and we’ll circle back to them and how they’ll work in our game later, but today I want to focus on Skills, which is the next step in creating a character after Aspects and share what Mike and I have been working on to make them fit into the Briarverse.

First, here’s a list of the default Fate Core skills:

Most of those work great for an RPG set in the Briarverse, but a few don’t. Drive, for example, isn’t really something I imagine getting used too much, and I thought there could be a better, more encompassing skill that Drive could fall under.

Likewise for skills like Burglary, Provoke, and Shoot. Mike and I spent a week adding, changing, and removing skills, until we had about 24 skills.

But the more we thought about it, the more we realized 18 skills felt right, balance-wise, and 18 is also a significant number in the Briarverse.

So, we took on the challenge of molding the existing 18 skills to better fit the Briarverse by tweaking, removing, and combining a few to give us room for new ones. Here’s what we did:

Guild-Augmented Skills are the first custom mechanic that we’re adding to Fate Core to build the Neithernor RPG:

In traditional Fate Core, you would choose 10 skills at character creation to fill your “skill pyramid.” You’d pick one skill that you’re great at (and would receive a +4 on a skill roll), two that you’re good at (+3), three that you’re fair at (+2), and four that you’re average at (+1).

We’ve kept that mechanic completely intact, but I wanted to show how your character’s chosen guild affects your life in mundane and magical ways.

In the NN:RPG you will also choose two skills from the skills you selected to “augment.”  These augmented skills will not only provide you with whatever default bonus comes with their place in your pyramid, but they will also allow you to roll twice for a skill check with that skill, once per session.

We’re not sure if an augmented skill will just be a re-roll of a lousy roll outcome or if you would say that you’re rolling twice and taking the better result on a critical roll before you actually roll, (thoughts?) but we think it adds exciting flavor and a cool guild-related mechanic to character creation.

Now, you may be asking, how will you choose augmented skills based on your chosen guild?

Well, we’ve broken the skills down into six sets of six clusters, with each guild getting a unique collection of skills that you can choose to augment!

Here, this might make it easier to understand (and if you’re confused about how we chose skills for each guild, stay tuned!)

You can choose any of the 18 skills for your character, no matter what guild you are, but any skill you choose that falls under the guild’s list above can also be augmented by your guild affinity.

After choosing your character’s guild affiliation, you can choose skills from your guild’s list of potential augments to boost two skills in your pyramid! We’re also toying with ideas to “level” these augmented skills and to add additional mechanics to them, but for now, they allow you to better ensure a successful roll once per game session.

You can augment your most powerful skill, boost skills you’re good at with an augment to better round your skillset or add a “Hail Mary” extra roll to an average skill at the bottom of your pyramid. The choice is yours, and we think it helps to make more interesting characters and even more interesting connections to your chosen guild!

Now, back to how we chose the skills for each guild…

Some of the slightly confusing ones (Sleight for Gossmere? Stealth for Weatherwatch? Fight for Flinterforge?) will make sense when we get into what we’re doing with guild-bearings, but a lot of the decision-making behind the choices came down to…

A big challenge for us was how to not only make this an entertaining game for those well-versed in the world of Ackerly Green, but also have it make sense to those who know nothing about the books, or are being introduced to it by existing Mountaineers, which we think will often be the case…

So, I spent some time boiling the guilds down into essential archetypes that will help newbies understand what each guild represents, and will help us better define what each guild is good at in the game so that there’s a balance among them.

These archetypes don’t serve an in-game mechanic, but they help distill each guild’s “high concept.”

Let’s take Weatherwatch’s Explorer archetype as an example and explain why we chose Athletics, Rapport, Sleight, Stealth, Survival, and Wit as their skill sets.

Some iconic Weatherwatchers might be Indiana Jones, Jack Sparrow, Captain Picard, Lara Croft, or even Doctor Who. Some are more Athletic and Sleight of hand like Lara and Indy (who also use Stealth to avoid triggering traps, alerting enemies, or disturbing isolated civilizations), and some have great Rapport and Wit (though they use them in different ways) like Picard, Sparrow, or the Doctor. Yes, these characters could also have skills like Academics, Lore, or Connections, but what makes them quintessentially Weatherwatch is their innate sense of experience, adventure, and discovery. In building a Weatherwatcher, those should be important to your character too (and should probably appear somewhere in your Aspects!)

Next week, I’ll offer more clarity on why we chose these augmented skills for each guild when we get into our work on guild bearings, and we’ll be asking for some serious help with those, but until then, I would love your thoughts on our custom skill list, our new augmented skills mechanic, and how we might use augmented skills in-game and for leveling up as your characters grow!