The Ackerly Green Enamel Bookmark is made of hard-enamel gold charms with purple/aqua accents connected by a 3-inch chain in a matching gold-tone finish. 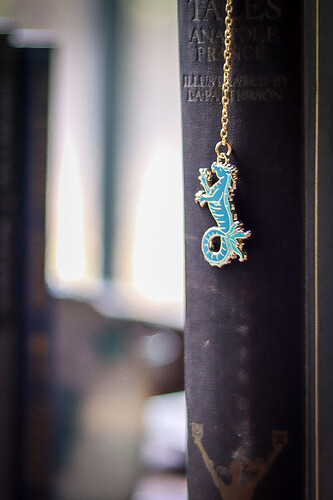 We have a limited batch of 100 bookmarks, and they’re available pre-order now for $12.50! (And Briar Society members get an additional 15% off.)

I’ll start fulfilling them as soon as the Imbolc candles and Briar Society coins go out this week!

Never lose your place in the story again. Whether you’re diving into the books of the Briarverse or whittling down your 2021 reading list, this beautiful, high-polish enamel bookmark…